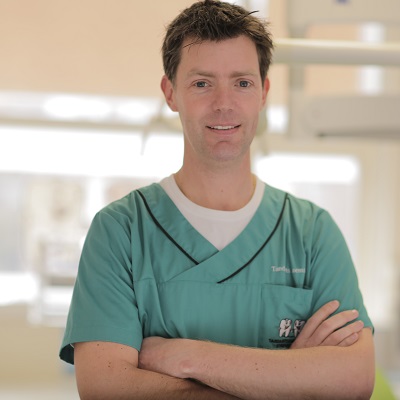 Dentist Daems comes from a dentist family. Father, brothers and sisters also work in dentistry. This profession mainly appeals to him because he grew up with it. He graduated from the Free University in Brussels in 1999 and has been working in our practice since 2000. He practices general classical dentistry in the broadest sense of the word and every year the necessary courses are also on the program to stay up to date on developments in dentistry. His professional motto is: “Patience is a clean virtue.” This reflects on his dealings with the patients. 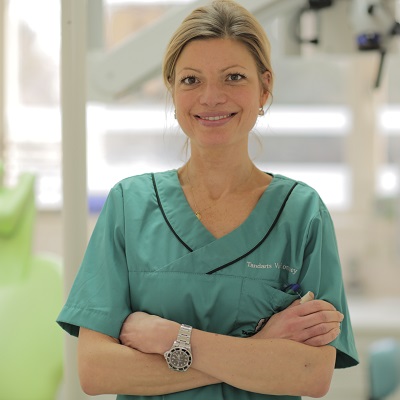 Dentist van Rompaey, graduated in 2000 as a dentist at the Free University of Brussels. Since then she has been working as a general practitioner in our practice. This profession appeals to her enormously because of the social aspect, the ability to remedy patients of their pain complaints and to give them healthy and beautiful teeth again. 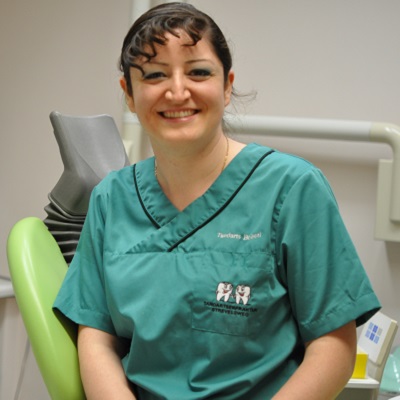 Dentist Boloori has an impressive career, where she graduated in 2004 in the department of oral health care; subsequently, she successfully completed the dentist general practitioner training in 2010.

The social side of the work appeals to her enormously. To be able to help and guide people to achieve a healthy mouth. She also has a lot of fun in treating children. Besides periodontology, her interest goes to, among other things, aesthetic treatments. 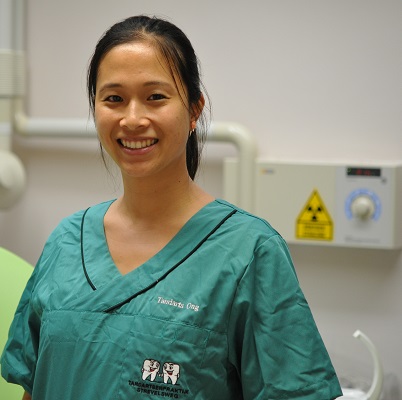 Dentist Ong graduated in 2007 from the Academic Center for Dentistry in Amsterdam (ACTA). Shortly after graduating, Lian focused on child dentistry. The peace that Lian emanates makes all children feel at ease. Driven by passion for her profession, she brings joy from the pursuit of perfection. Care, quality and conviviality are paramount to her! 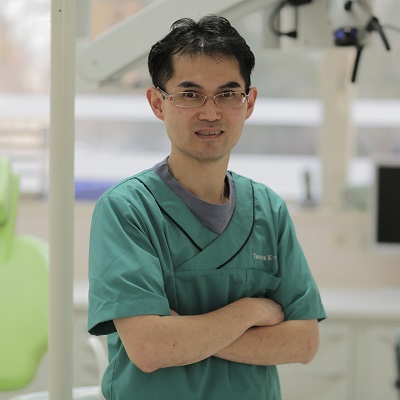 Dentist Kwok graduated in 2009 from the Vrije Universiteit in Brussels. With patience and passion for his profession, he works together with you on an optimally provided set of teeth. He takes the time to do his job well. What he finds important is that the patient feels at ease and that the quality of the treatment is high. Fai can be described as a calm, patient and very competent dentist. 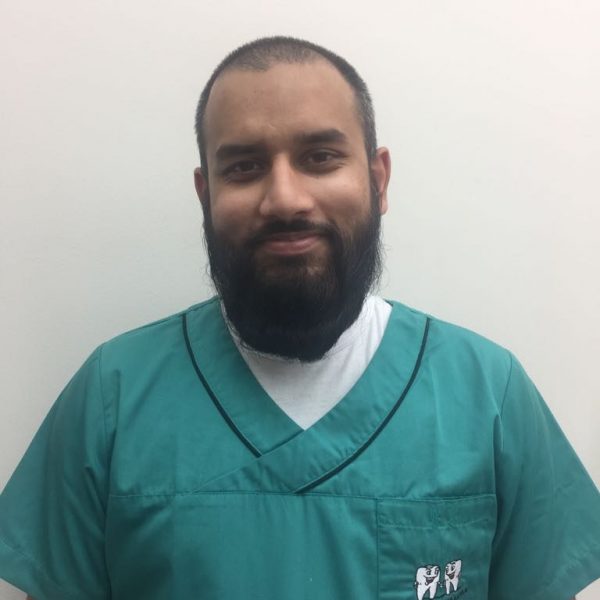 Tausif Ansari graduated in 2017 as a dentist at ACTA in Amsterdam. He is mainly engaged in general dentistry.
“Delivering good care and putting patients at ease” is his motto.
Dentist Ansari has an affinity for pediatric dentistry and thinks it is important that our future generations keep a good healthy dentition. 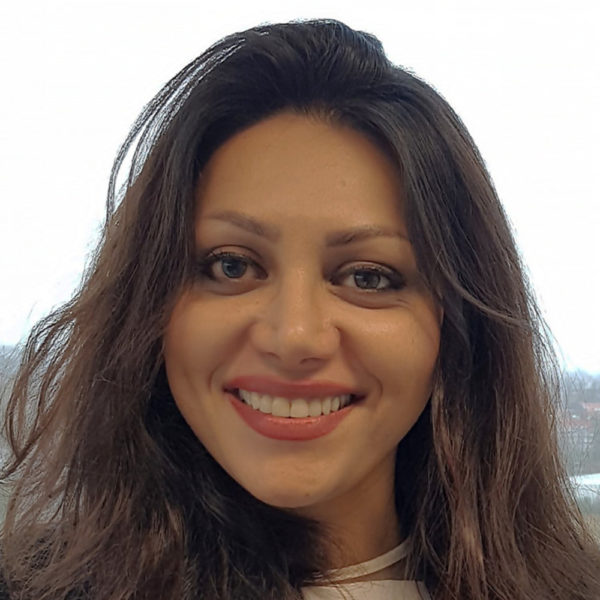 After completing her study in 2012, Rozita Jalali immediately commenced her PhD research. She obtained her PhD title in 2016. The title of her PhD-thesis was “The role of Ph regulation during enamel formation”. During her research she has also worked as a teacher at the Academic Centre for Dentistry Amsterdam (ACTA). Since 2016, Rozita started working at Tandartsenpraktijk Strevelsweg. Her interests are endodontology and small surgical procedures. 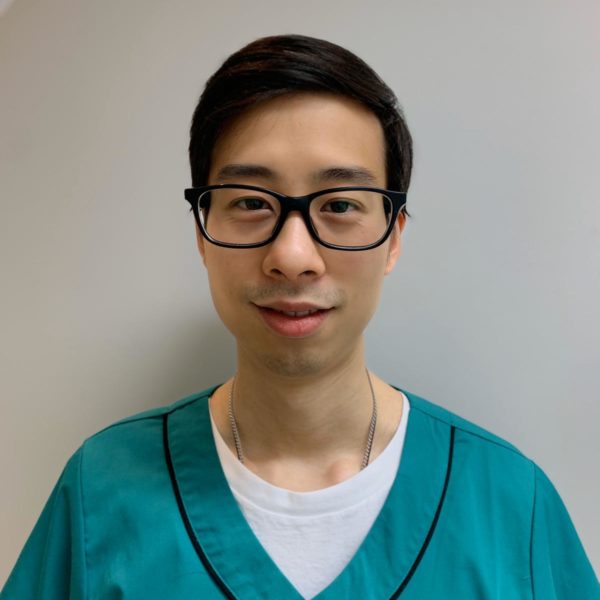 Dentist Chong graduated from ACTA in Amsterdam. During his studies he worked as a dental assistant in our practice for 5 years. He is currently working as a general practitioner and as a dental teacher at ACTA. His professional interests is periodontology. Furthermore, dentist Chong has affinity with anxious patients and children due to his patience and relaxed working atmosphere. 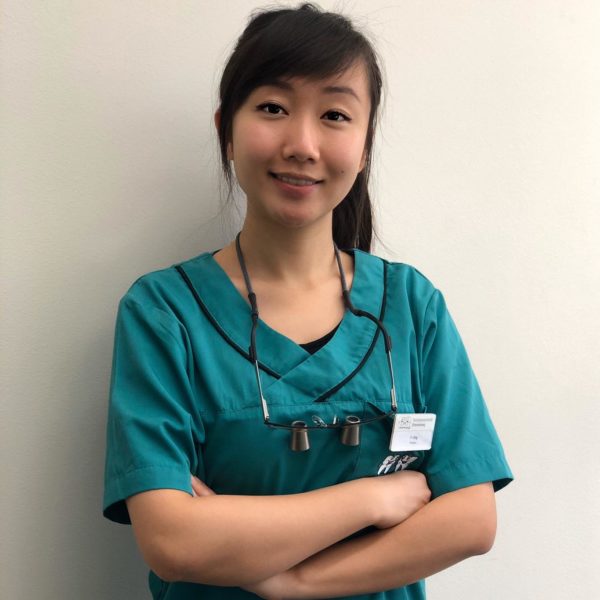 Dentist Felicia Ong graduated from ACTA in Amsterdam. Patients experience the treatments at dentist Ong as pleasant because she takes the time for her patients and listens carefully to their dental wishes. In addition to working in general dentistry, she enjoys working with children and knows how to guide anxious patients well. She works meticulously and with passion on her profession. Putting patients at ease and striving together for a beautiful smile are paramount to her. Dentist Ong is a member of the Dutch Quality Register for Dentists (KRT). 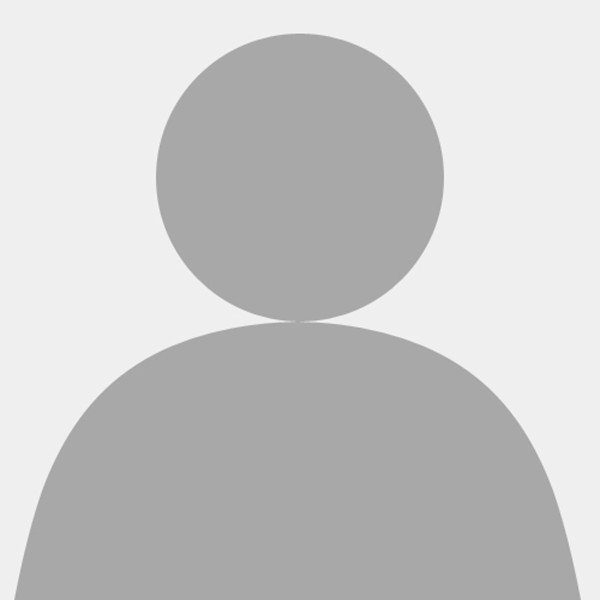 Joey Chung graduated from the Academic Centre for Dentistry Amsterdam (ACTA). During the final years of his study, he also worked in our practice as a clinical staff member. Dentist Chung values prevention and good communication with his patients. Besides general dentistry he also has affinity with indirect bonded restorations (CAD/CAM).

Dentist Chung graduated from the ACTA in 1994, and in the same year he opened the doors of his practice on the Strevelsweg. First as a solo practice, but over the years it has slowly grown into a large group practice with almost all specialism under one roof. Dentist Chung has specialized in endodontology since 2004. 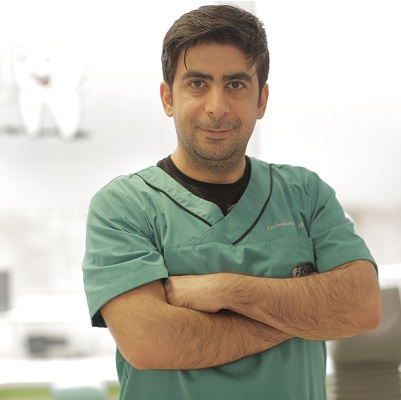 Orthodontist Mousavi graduated in 2006 from the Semmelwies University in Budapest. Saleh opted for specialization orthodontics immediately after graduation. He successfully completed this in 2010. Orthodontist Mousavi is DMO-registered and also registered with the associations of orthodontists (VVO). He strives for an optimal treatment with an urge for perfection. 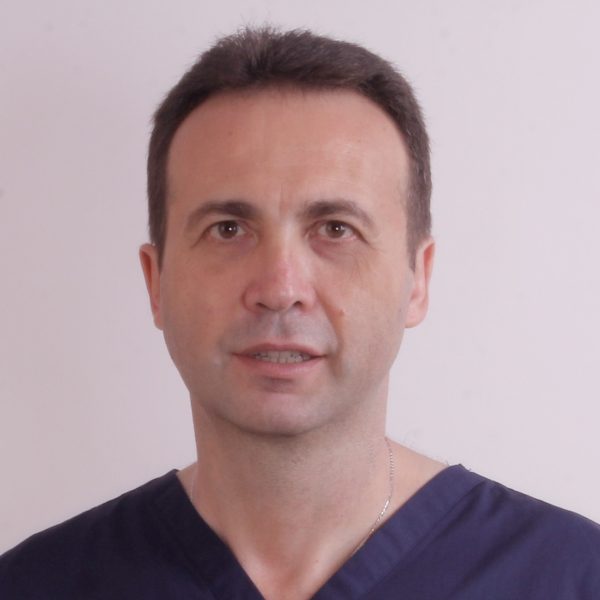 Kostas graduated in 1999 from the Aristotle University of Thessaloniki. Immediately afterwards he was trained at the Oral Surgery department of the General Hospital of Air Forces in Athens. In 2001 he moved to England where he worked in private practice. In addition, he worked part time as a clinical associate at the Oral Surgery and Prosthodontic department of National Health Service Hospitals in England.

He was accepted in 2005 at the Edinburgh Dental Institute (University of Edinburgh) where he followed the postgraduate MClinDent Program in Prosthodontics. Following an extra year of specialist training in Prosthodontics and Implant Dentistry he became a member of the Royal College of Surgeons of Edinburgh and he was registered at the British Dental Council as a specialist in the field of Prosthodontics. Since 2010 is a staff member at the Implantology and Prosthetic Department of ACTA. In June 2017 his has obtained his doctoral degree. 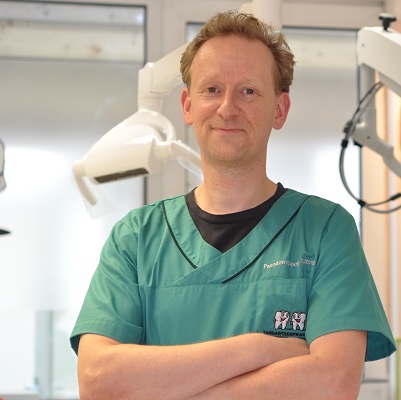 Dentist Justens graduated in 1999 as a dentist at the Vrije Universiteit in Brussels. Afterwards he worked as a general practitioner in a group practice both in Belgium and with us and already put the emphasis on periodontics. In 2002 he started the course Periodontology and Oral Implantology at the University of Ghent, under the direction of Prof. dr. J. De Boever. He successfully completed this training in 2005.

Since then he has been practicing periodontology and implantology in our practice. He is also active in a referral practice for orthodontics and periodontology in Belgium. He focuses on making the gums and jaw bone healthy. Surgical corrections of the jaw bone and gums, both for aesthetic and functional reasons, are also part of his daily routine. 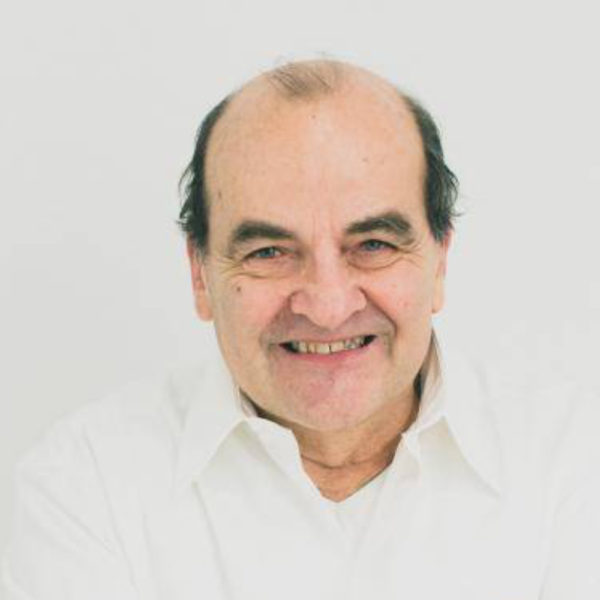 After graduating as a dentist, Jan Karel Haex first worked as an officer dentist in the Royal Netherlands Navy, after which he had his own practice in The Hague for a number of years. He soon became more interested in the surgical side of dentistry. After selling his practice, he started working as a hospital dentist at the Department of Oral Diseases and Oral Surgery of the Academic Hospital Rotterdam and then at the Academic Hospital Maastricht. During this time he specialized in Oral Surgery / Implantology in Aachen / Maastricht. For Jan Karel it is important that the patients are treated in a familiar and safe environment, which makes the treatment as pleasant as possible. 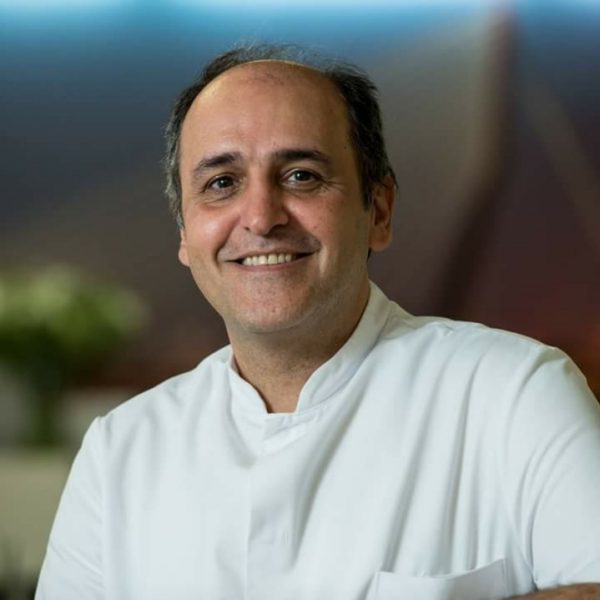 After completing his studies in dentistry in 1992, Kiamars Honardar immediately obtained his doctorate in 1992 with a thesis entitled ‘Comparison of effect of Tug babok in root canal obturation’ (translated: comparing tug back in canal closure in

He then completed his specialization in root canal treatments (endodontology) in 1995. He has been a lecturer at various universities, including assistant professor at Chapel Hill University. After this he worked in various dental clinics. From 2011 he has been working in the Netherlands in various dental practices.

Since 2017, Mr. Honardar has strengthened our team as a clinical staff member, where he focuses on his specialisation: root canal treatments, where he is aided by dentist K.W. Chung. 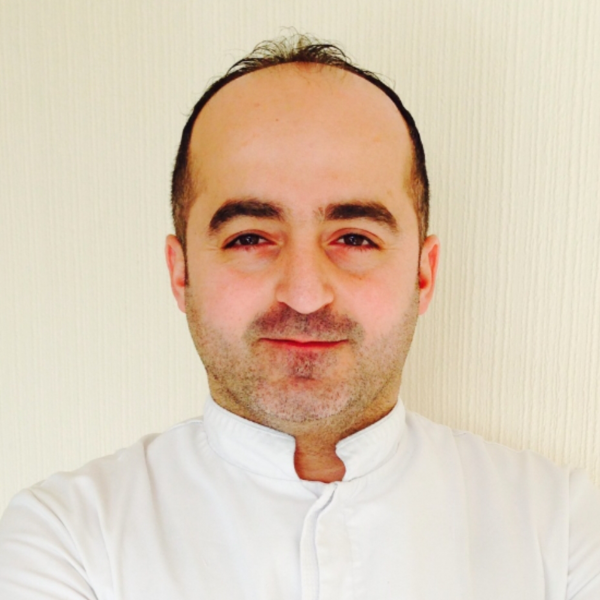 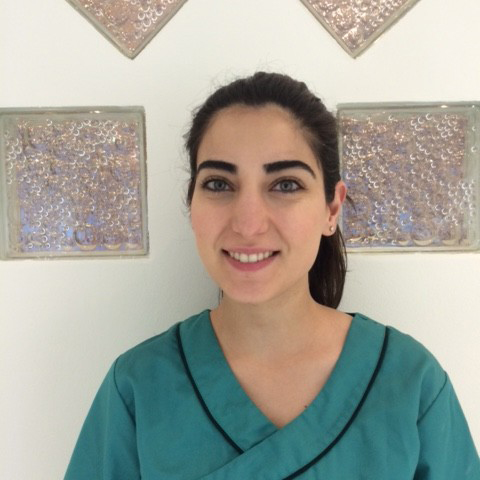 My name is Gizem Kaya. I graduated from the HU University of Applied Sciences in July 2014. What I find important are the wishes and needs of you. My goal is to help you with treatments that are necessary and to guide you in the process, to inform and instruct you so that we can look back with a good feeling. 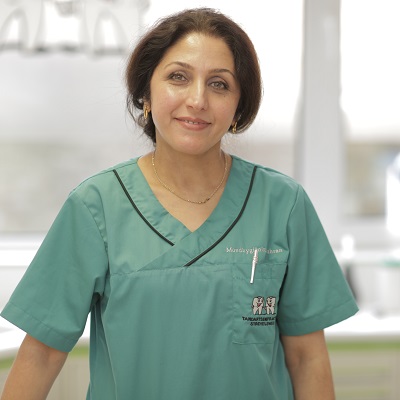 Dental hygienist Shahran graduated in 2008 as dental hygienist at the Hogeschool Inholland in Amsterdam and since 2008 registered with KRM. Ms. Shahran has been working in our practice since 2008. With Mrs Shahran, achieving good oral health, healthy gums, fresh breath and radiant teeth is the priority. To achieve this goal, she and her patients draw up a personal treatment plan and provide personal guidance throughout the entire process. In addition to oral hygiene, she offers the possibility to whiten teeth in a responsible manner.